Protecting Wyoming’s Quality of Life Since 1973

OUR VISION AND GOALS

Powder River Basin Resource Council was founded by ranchers and townspeople concerned about the impacts of strip mining on landscapes, communities, and freshwater aquifers. For 49 years, we have advocated for the responsible development of Wyoming’s energy resources.

Using community organizing, connections with scientific, policy, and legal experts, and coalitions with other organizations, we wage effective campaigns to protect Wyoming’s air, land, and water quality and to promote sustainable agricultural practices and policies in the state.

OUR MISSION AND COMMITMENT

The preservation and enrichment of our agricultural heritage and rural lifestyle.
The conservation of our unique land, mineral, water, and clean air resources, consistent with responsible use of those resources to sustain the livelihood of present and future generations.

The education and empowerment of our citizens to raise a coherent voice in the decisions that will impact their environment and lifestyle. 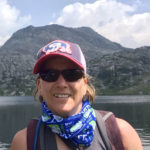 Robin joined Powder River in January 2018 as the Communications & Development Director and stepped into the Executive Director role in 2022. She is a graduate of Black Hills State University and received her Master’s Degree in Public Administration from the University of South Dakota. Her professional background is in marketing and nonprofits; having spent several years organizing and writing grants for Dakota Rural Action in her native South Dakota. She also ran her own social media marketing and communications business for a number of years. An avid outdoorswoman, she spends as much time as possible in the mountains. Pennie was raised on the family cattle ranch north of Ranchester where she lives today with her grandson, Wes.  She returned to Powder River in January 2020 as the Ag & Local Foods Organizer, a position she held years ago before leaving in 2004 when she purchased The Book Shop in Sheridan. Prior to Powder River, she was a youth counselor at NSI, a program for at-risk youth, and then served as executive director for the NSI Montana program.  Pennie also co-owned and operated a wilderness hunting and fishing outfitting business in the Bridger Teton Wilderness.  She spent one summer in a wilderness camp, eight-hours on horseback from the nearest road , with her two teenage sons and two-year-old daughter.  Pennie has a Bachelor of Science degree in Political Science from University of Wyoming where she also studied art and public administration.  She says that working for Powder River on split estate legislation, COOL and other challenges still relevant today, was one of her most rewarding jobs years ago and that she’s very excited about having the chance to return to one of Wyoming’s finest organizations. 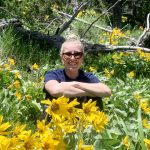 Claire joined Powder River in August 2022 and works in the Sheridan office as a renewable energy community organizer. She grew up in Rapid City, South Dakota and spent her childhood hiking and camping in the Black Hills. She graduated from South Dakota State University in 2018 with a bachelor’s degree in Political Science and Global Studies. She then attended Lewis & Clark Law School in Portland, Oregon and graduated in May 2022 with a certificate in Environmental and Natural Resources Law. Claire spends her free time exploring the mountains, being with family, and cuddling with her two cats. Since joining the organization in 2007, Shannon has served as Powder River’s main staff working to address the impacts of coal mining and power plants and uranium mining on people and places in Wyoming. She also provides legal and organizing support on other energy issues, including oil and gas development. Shannon is a graduate of Grinnell College, and she received her J.D., cum laude, from Lewis & Clark Law School in 2005. She also has a certificate in Environmental and Natural Resources Law from Lewis & Clark, and she is a member of the Wyoming Bar. Prior to joining the Resource Council, Shannon worked as a Community Economic Development Staff Attorney at the Public Law Center in Orange County, California. Shannon has extensive volunteer and professional experience in environmental advocacy and community organizing. Shannon lives in her hometown of Sheridan with her dog Scooby, and she spends her free-time enjoying the beauty and solace of Wyoming’s public lands. In August of 2019, Michele joined Powder River as a contract organizer to address coal transition in Kemmerer and Rock Springs. She joined the staff August 2020.  Michele grew up on a small farm in south east Idaho, and earned a B.S. in Political Science from Idaho State University.  She moved to Wyoming in 1989, and later earned a master’s in Public Administration from the University of Wyoming.  She worked two decades in the extraction industries of South West Wyoming.  She and her husband Rob raise Airedales and a small herd of bison along the Green River.  She also teaches American and Wyoming Government for Western Wyoming Community College.

Michele is an outdoorswoman who loves to hunt, hike photograph, and garden.  She is especially passionate about Wyoming’s wildlife, and was an early advocate against Wyoming’s first industrial solar project.  Michele’s parents were both ecologists as well as modern day homesteaders.  She is especially excited to promote responsible energy and diverse agriculture as essential components of an economic transition that leads to sustainable communities. After completing a sustainability capstone project in Laramie focused on community climate action planning, Jarad joined Powder River in 2020 as an affiliate member of the Alliance for Renewable Energy and later rose to the role of a contracted organizer. In early 2021, he then became a part-time staff member and still resides in Laramie pursuing a B.S. in Mathematics with a double minor in Sustainability and Energy Resource Management at the University of Wyoming.

Being born and raised in Cheyenne, Jarad's love and curiosity for the outdoors started at a young age through the study of various insects and arachnids while exploring his family's rural property. In addition to his studies, he enjoys volunteering within his community and advocating for energy economy diversification, environmental justice, and LGBTQIA+ rights. Moreover, his hobbies include reading, video games, skiing, hiking, and being with friends and family.

OUR BOARD OF DIRECTORS

Powder River Basin Resource Council believes that power comes from the people and that our voices are stronger when we stand together. Our Board Members provide critical expertise and experience to guide how our organization takes action. Members of the Board are elected for two-year terms by our members at our Annual Meeting. The Board meets six times a year, in various locations around Wyoming.

OUR BOARD OF DIRECTORS: